Sandra Miller Linhart was born and raised in the somewhat isolated, but beautiful, mountainous town of Lander, Wyoming. Here she cultivated her love of the written word, as the nearest decent record store was a good two-hour drive away and the one local radio station played only country and classical music at that time. Were it not for that, Ms. Linhart might today be a rock star, or, at the very least have better taste in music. As it turned out, Lander provided a well-stocked and constantly updated library. Thus, the young Ms. Linhart often found herself taking long journeys into the wonderful worlds created by authors like Ursula K. LeGuin, Judy Blume, Madeleine L'Engle, Stephen King and, of course, Erma Bombeck in the dusty basement which contained the children's section of the Fremont County Public Library. She writes in hopes of sharing her love of reading and writing with children of all ages.

AWARDS: In 2005, Daddy's Boots received The Dixie Lee Connor Award for Best Children's or YA Manuscript, which eventually led to a publishing contract. Soon after, The Elementary Adventures of Jones, JEEP, Buck and Blue won the Bronze at the 2009 Military Writers Society of America (MWSA) Conference. In 2010, Daddy's Boots and Momma's Boots shared the Gold at Branson Days, in the Branson Stars & Flags Book Award. That same year, Daddy's Boots was awarded the Silver and Momma's Boots was awarded the Bronze at MWSA's Conference in Pittsburgh, PA. In July of 2010, MWSA named Daddy's Boots the Book of the Month. Then, The Elementary Adventures of Jones, JEEP, Buck & Blue took the Silver at the 2011 Branson Stars & Flag Book Awards. Pickysaurus Mac gained favor by winning the Silver Medal at the 2013 MWSA Conference in Dayton, OH. At the 2014 MWSA Conference in Phoenix, AZ, Mixed Up also took the Silver. The following year, Sandra received the Gold for Don't Label Me in the 2015 TAZ (The Authors' Zone) Book Awards. In 2017, Brooke and her icky picky sister took 3rd place overall in their children's book category, which includes books for ages 0-18.

Ms. Linhart is a member of the Society of Children's Book Writers and Illustrators (SCBWI) and the Military Writers Society of America (MWSA). Look for her upcoming titles: Hallie of the Harvey Houses; Stuck in the Middle with Jones, JEEP, Buck, & Blue; Monica, Lost; and Living with L.V. Brown.

Check out some of her books' unsolicited reviews here. 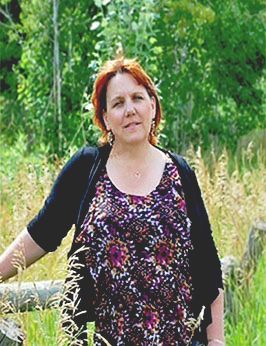